There was once a sword in the stone, the sword belonged to a young knight ... and if you think this is King Arthur, then you are wrong, in fact to find the sword in the stone does not need to go in search of the legendary Camelot, simply go to the little chapel of St. Galgano, which is the scenario the fairytale landscape of the Val Merse.

Here, in fact, in the twelfth century, the noble knight Galgano Guidotti sticking his sword into the rock, decided to abandon their weapons and the pleasures of a dissolute to embrace poverty and solitude of a hermit life. Shortly after his death, was canonized Galgano and his body buried in this place where, more than 800 years, is still visible fixtures sword in the stone, the only miracle of this famous saint. Soon some Cistercians founded one of the many monasteries, which are coated Europe during this period indicating the successful expansion of that order.

This is the core of the original Cistercian complex: a small Romanesque building whose unusually circular plant has meant that it is also known by the name of the Round. Inside, besides the remains of the saint are kept other unexpected treasures, these are the splendid frescoes that Ambrogio Lorenzetti, Sienese painter of the famous fourteenth century, painted in the chapel attached to the body square circle.

Words can hardly make the sublime beauty of this building in which nature and art are interwoven reaching an absolute harmony, as rarely happens.

After having experienced a period of splendor, which played the role of spiritual center and shelter for pilgrims and travelers, the building, increasingly abandoned by the monks, was a slow but inexorable decline that led to the collapse of the roof. What was once a sign of decadence today gives this place a charm that leaves the mouth open to visitors. Imbued with a mysterious aura of sacredness, it may happen that you suddenly feel small in front of the abbey that blends elements from other Romanesque Gothic.

Among these are to admire the beautiful carved capitals in which they played various ornamental motifs, particularly curious is the first left which faces the face of Ugolino di Maffeo, master-chief of the carvers of stone. It is mainly the case of a matrix goticheggiante characterize the features of this church, making it one of the most distinguished examples of Gothic architecture in Italy.

Secular mighty walls stand out against the sky that replaced the architecture, allowing to air, the light to penetrate in any place and to give life, especially at sunset, a wonderful effects of suggestion. Similarly, the floor has left the place in the natural turf.

The spectacular nature of this place must have delighted the Russian director Tarkovsky who wanted girarvi the final scene of one of his films more intensely spiritual Nostalghia . 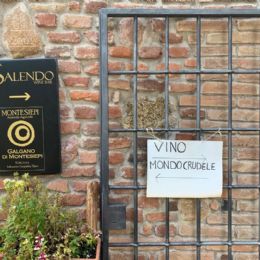 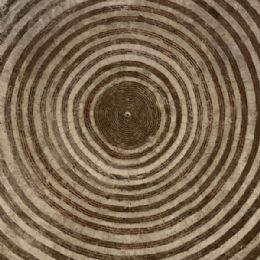 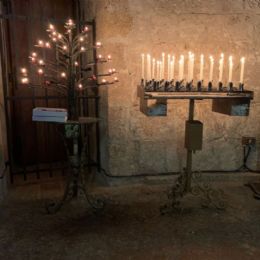 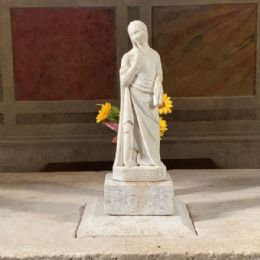 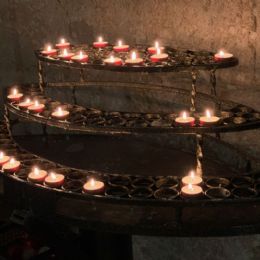 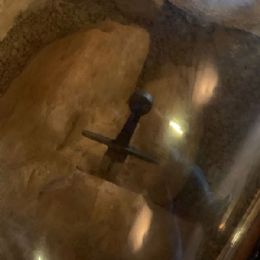 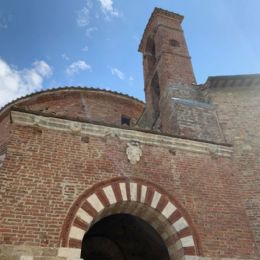 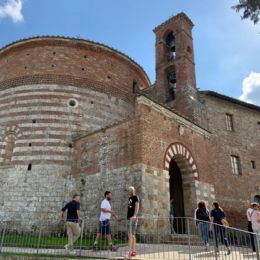 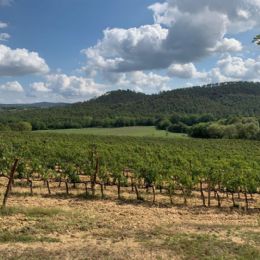 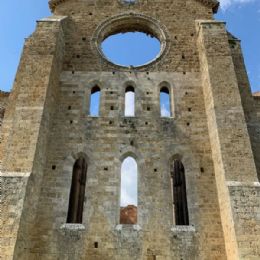 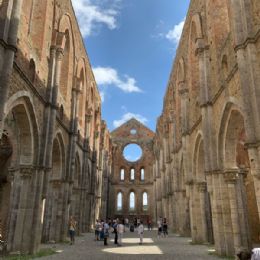 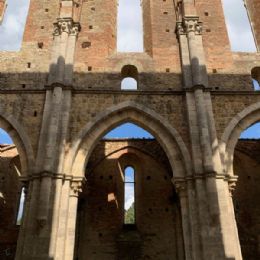 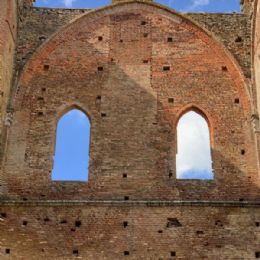 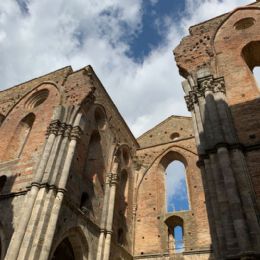 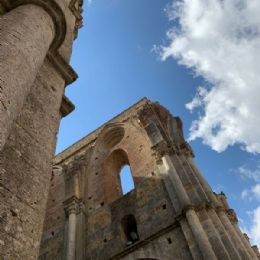 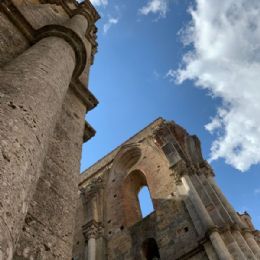 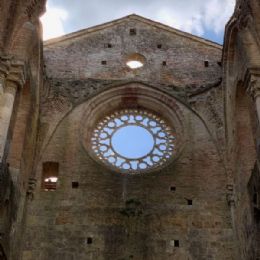 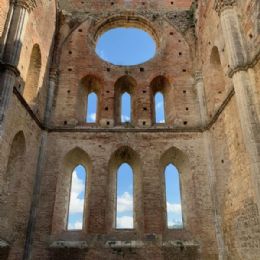 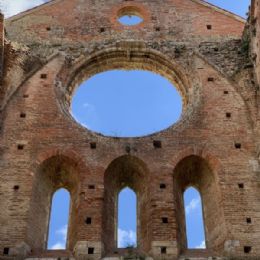 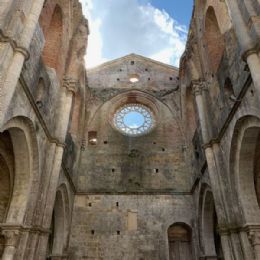 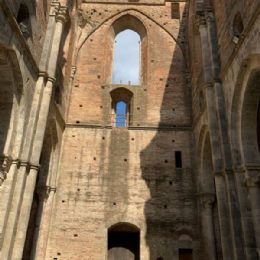 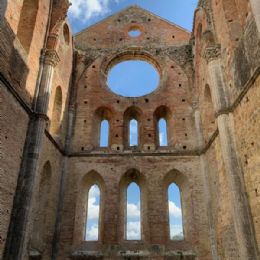 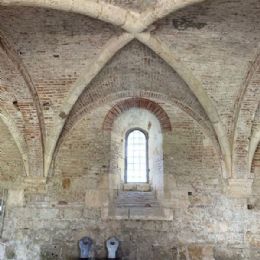 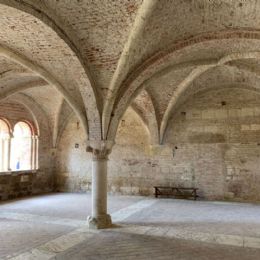